Way Ahead of the Memory Lane Crowd

Now that turkeys shop before Black Friday, it’s not surprising that some media personality shows are rushing 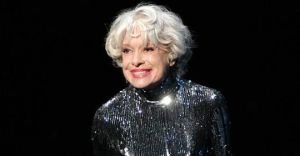 As usual, however, media is reactionary at best and redundant as M. O., because we know memories recapture us in the twinkling of an eye, an aromatic breeze, rain on a tin roof, squeeze of a shoulder, or the moment of that burned taste, after a fire.

In the rush of rush hours rushing to take back the week we lost between Thanksgiving and Christmas this year, memories re-surface with a lyric, thoughtful gift, old movie — even a passing phrase from an overheard conversation.

In that moment, we’re back swimming in what and why we celebrate life’s bitter sweet, sour and beautiful:  Memories take us back to thunderstorm & rainbow, our car driving us the long way home, grandpa’s cackle to Auntie’s knowing smile, a crackling fireplace, grandma’s special homemade icing, sniffing dogs a foot, parents slipping a few twenties in your palm independently of one another  – and, like Scrooge, there we are back at the beginning of the roller-coaster ride with all the noise and aromas of a teenager’s unknowns.

Now warming in anticipation of before, we inhale the sweets without bitter after taste; feeling the wind and snow in our face, hair flowing back, hope propelling us forward.

All In With Chris Hayes recently evaluated both over and under media reporting.  Discussing this on national television is potentially revolution, or at least revelation for our new 2014 – subtle suggestions of a fourth branch of government, actually investigating corporate shadows swirling around and through our lives clouding our vision – what a story!

As for the worst quote of the year, it’s hard to surpass Rand Paul on almost anything but, departing NYC Mayor Bloomberg came close with his racial definition of Stop and Frisk.

Our best 2013 victory will come when we realize, it isn’t the ACA website that’s the problem, it’s letting Congressional Republicans and Corporate paid lobbyists convince us, and our president, that Medicare for All and Single Payer are just too much to expect from Too Big To Fail Health Insurance & Pharmaceutical Industries and their politicians.

2013 victory close second:  Utah and Colorado easing toward cuddling up to justice & equality for all, despite some being drag queened forward, kicking and screaming in their kinky red cowboy boots.

When friends share memories with me, I think of who, what and why I celebrate:

Chance meetings on the streets of NYC

The point is not name dropping or my tears during Oscar Memorials, nor how much I miss Peter O’Toole who I never met — or being directed by both Spielberg & my Mother, neither of whom will I ever forget.

The point is, remembering is foundation:  every moment is a gift, every person a lesson and every day, Tis the Season, for celebration.

Reality Toast for the Holidays

Unfair is a word that transforms time into waste.  Though the system’s unfair is a fair statement, without following through for change, unfair is just arbitrary.  The entire world could justifiably chant it’s unfair that America has so much for so few at the expense of so many.

Unfair isn’t enough for lives stolen by poverty, ignorance, war, Affluenza or industrial chemicals; or privatizing prisons that profit from the number of prisoners it retains or recycles; or even loss of Free Speech on A&E.

Whether your drink is Kool-Aid, tea or coffee; whether you want good health for your children or longer life for your grandchildren; whether you’re increasingly into increasing conveniences – the half full glass is now less half full of justice, equality or even clean water – so what the Duck.

With news media owned by Wall Street corporations, we rarely get the truth that would set us free:  China already having to pollinate its crops by hand, 20% of Arizona & New Mexico forest gone; industry chemically changing the air we breathe – We remain a programmed nation predisposed with every inhalation, to presume flick of switch, turn of tap and flush of toilet convenience.

DENIAL:  just as two oceans protected us from being attacked in 1941, 1993 and 2001, with two thirds of the earth lapping at our shores whether high or oily low tides, we can just de-salt the ocean blue, drink it and use all the leftover brine for Margaritas, while continuously watering lawns and ignoring mounting cow pies.

ANGER:  Industrial Pesticides and other harmful chemicals have taken over our Agricultural system, with Midwest acreage drying up, putting smaller family farms out to parched pastures.  It’s not a drought and though “if it’s yellow let it mellow, but if it’s brown flush it down,” is a good tip of the hat to Mother Earth, it’s not even the tip of our presumed forever water supply backup:  melting icebergs.  Climate Change or not, large corporations are accumulating wealth by depleting earth’s dwindling animal, mineral, fish, fowl and human resources.  For our children’s children:  dry like Australia or Old Europe solutions.

BARGAINING:  Before we can say, I got this, we need to grasp the concept that those who control the water, control the world, which is one reason corporations like Nestle are seeking to privatize water as a way to flush out water rights.

All pets, plants and people need water to live, but death lives in our lakes, rivers, streams, pools – even in the liquid surrounding the fetus in an expectant mother’s amniotic sac — thanks in great part to Chemical Industry runoffs.

Once a public pays higher prices (even without scarcity) for what could be purchased less expensively, even free, bottled water, (originating from the same origin as tap), coffee (more sugar calories than brew) and gasoline (all grades the same beneath station pumps), Industry’s next logical step is:  control the water source, and wait for a guzzling assumption to meet a tap of firewater or dry gurgle.

ACCEPTANCE:  As necessity is the mother of invention, sometimes financial opportunity is the child of our demands:  Taking without replenishing disrupts life’s natural cycle and is the root cause of problems that can only be solved by political enemies becoming water friends and safe industry liquids providing liquidity for all.

Face it:  recyclable water is the next industry of convenience, from down the toilet to down the hatch.  Think of it this way, much of the water we’re already drinking is contaminated by deadly chemicals, so what the Duck…EPA!?!