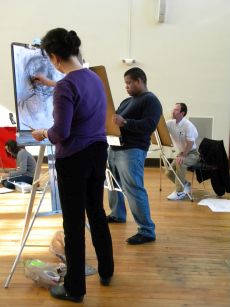 Although, growing up in an extremely religious Roman Catholic anti-abortion patriotic Italian-American home where I never saw my father read anything but the Bible and newspapers — cover to cover – my parents insisted, it is unreasonable for anyone to tell another what they must believe, who they can marry or whether or not they must give birth, but, you could only buy American cars.

What loss happened to make us transform Thanksgiving into pushing and shoving our neighbor day?

What marketing transformed seeing The Interview as the best way, since Patriot Act and Citizens United joined Jim Crow, to prove our patriotism?

What redirection is so laser beam effective at keeping us churning out Twiddle Dee and Twiddle Dumb tweets targeting intellectually challenged Bobby Jindal, though choosing and chosen as a Republican, of saying racism comes from minorities not acting like white people?

What need makes our youth mindlessly mine for fame in Likes — as unreasonable a hope as a Belichick weather report on patriotic footballs?

What kind of love creates a Navy Seal sniper, his murder on a Texas gun range, his nature nurtured into a war solo?  What do those Americans with such a special set of skills do on the Home-Front, for the Homeland, after we take away war?

Where and on whom will their crosshair love of direct elimination be channeled, When Johnny Comes Marching Home?

What sense of entitlement makes some youth prefer brutal rape over beautiful intimacy; and their older counterparts deny women Constitutional equality?  Aren’t both bullying acts on us?

Isn’t it on us, the empathetic Independent, the Democratic Progressive, the moderate Republican and the educated free thinker to be the purveyors of the truth, the whole truth and nothing but the truth?  Isn’t it on Americans who vote and those who don’t?

It is for us rather to be putting the investigation back into investigative reporting for a media so inundated with, if it bleeds, it leads.  It’s on us to recalibrate political leaders following the dictates of Wall Street bankers at the expense of Main Street families.

Let’s let the conservative Right remain the liars who lie, and the Left be a united reasonable voice.  Let’s not sit on our hands like Republicans in an Obama State of the Union, because not voting in 2014 made all the difference, and it’s now on all of us.

Like it or not, it’s always on us, the reasonable, to

The traumatic truth of Racism, Rape and Guantanamo is, both bullies and the bullied, are on us. 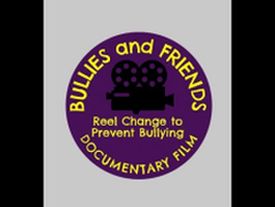 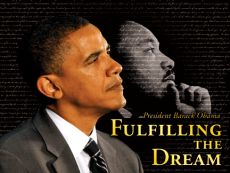 We are free at last to commit random acts of love or violence, to Occupy the dream of genuine economic equality for all of God’s children, male & female, of every color and social political persuasion.

However, we are not yet freed from the nightmare of police using black faces for target practice on local shooting ranges, modeled after upscale Conservative Republican Gun Clubs — all fired up and ready to go point blank wherever Freedom dare show its I Have a Dream face!

Still free at last to ignore our own terrorists, like Koch head Scott Walker’s Union busting coup, Sam Brownback’s sin-tax on Kansas citizens, he cannot forgive for trespassing against him and a 114th Republican Congress cutting school lunches.

Free at last to fulfill the dream of being a Boko Haram extremist – with handcuffs, hauling off a girl distraught with grief, where unattended brotherly evidence lies dying.  Free to take her by force because you are the long cherry picking arm of the law.

Caught on camera, cotton picking skin color, Rice, is finally free to be the dream, yet before it’s his time.  Added to the list of names who cry out, enough is enough, and sue with Kingly peaceful demonstration, we shall overcome.

After descendent of slaves is set free from White House, what cartoons, by the millions, will humanity buy  — Freedom for preemptive war after 9/11, Freedom for protesting Charlie Hebdo Islamists rising up in former French colonies, Freedom for brief social chant, Bring Back Our Girls, or Freedom for reasonable response to earth’s warmest year ever?

I Have a Dream, of a Pope Francis showing the way to marry scientific knowledge to the peace which passes all understanding, giving birth to unexpected acts of kindness.

We are free at last to enact The American Dream:  Kings or slaves, a village of guardians or militarized police state; Walking in the footsteps of giants like Gandhi, FDR, being our best even when the cameras are off, like J. J. Watt, or disproportionately jailing those with tanner skins in private prisons.

Jeering at dead gay people attending their own funeral is but another rendition of religious murder, just as skin color is motivation for official target practice – if, photos of puppies, would Rick Scott’s police shoot down black people like dogs?

As Richmond California Police Chief Chris Magnus knows, All Lives Matter and no one is free until all are free.

Yes we are free to think aspirin between our knees will keep our sons and daughters ignorant of same sex marriage, or safe from kidnappers, pedophiles, flu and bullies.

We are free to define terrorists as Islamic extremists, while hacking North Korea before it hacked SONY, and lending media credibility to the lie of Muslim No Go Zones.

We are free at last to pretend away the terrorism of Westboro phony Christians raiding LGBT funerals against flaming fare but hailing to the burning GW Bush.

The 99.9% can be free at last from the one percent’s top 1%, the very moment we turn to them with this epiphany:  Not all terrorists are foreign born attired in clothing we cannot pronounce.  Some hide their faces in expensive suits, operating puppet strings behind tinted penthouse windows at Expert Networks dealing out insider information, through banking conduits, to gated community bonuses.

To be free, we need only remember why Lady Liberty’s torch lights our pathway to Justice for All, for that is Freedom’s home.