Silence was golden:  at the very mention of Trump dripping from the lips of hypocrisy incarnate; Roger Stone’s, 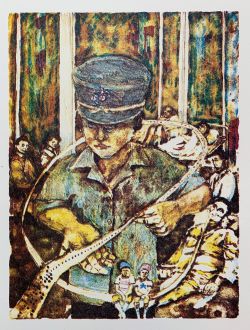 more, Silence of the Lambs; but when Twitter Stormtrooper-in-Chief falls silent in the wake of discovered weaponized threat of mass domestic terrorism against anti-Trump Candidates, Media and members of Congress it’s – Silence Gives Consent!

However, when a president dilutes American treaties, trade, allies and We the People – silence from us won’t do.  Americans need a contingency plan, if America is to rise above Trump/Pence manure, pizza parlor lies and incitement to violence.

Whether Obstruction of Justice or Abuse of Power, we’ve allowed both foreign and domestic twisting of our Electoral College seat an international threat at the helm of American power.

So, shall we perpetuate our Right-Wing red-faced global embarrassment; be like crumb seekers Lindsay Graham and Mitch McConnell; puppets of puppeteers raising court jesters to Peter Principal, thinking themselves king-makers – or realize giving Flynn generals freedom to share nuclear secrets with Saudi Arabia, is time to plead the 25th for Veep and 45th?

In treasonous times, truth must be founded in Founding principles and protected by spreading it throughout the land in safe-keeping hands – for Freedom and Liberty are being attacked by the new Russia-Saudi-China Axis of Evil – possibly aided and abetted by a presidential traitor.

Together Americans have weathered real national emergencies:  Civil War, Cuban Missile Crisis, 9/11, mass shootings and now, the real possibility that America’s greatest threat is an administration rented by Corporatism and owned by our greatest foreign enemy – with this potential cause and effect:  our nation’s future will be determined, at least for the foreseeable future, by those most vulnerable to social media manipulators – foreign and domestic.

Regardless of personal politics, America is at a crossroads, where the super wealthy fearful of losing international power, is clashing with the titans of liberty, justice for all and give me your huddled masses yearning to breathe free – and the choices we make now, will determine what, and if, America is, for decades.

How predictable that those who deem women, people of color and LGBTQ second-class citizens have made America a second-class nation.  Well at least we know we have a problem:  arguably created by older Caucasian men still living the Cold War enjoying the rabid life of, the Military Industrial Complex – on steroids since Bush/Cheney’s Wall Street Great Recession.

That said, the truth about America’s national emergencies is:

Worse still, like Ryan Zinke, while excelling in increasing their personal finances, few in the Trump/Pence administration have revealed enough expertise to fulfill their obligations to us.  And, neither Donald Trump nor Mike Pence have the wherewithal to quicksand America into Putin’s image – but they are masters in largely maintaining the wall of silence insulating sexual and gun violence – whether from Hollywood producers, Superbowl spousal abuse (& team owners), pedophile infected religious and sports institutions, singers and accomplices after the fact, who castrate the law, instead of perpetrators, in encore rape of underage girls targeted by Trump Palm Beach neighbor, Jeffrey Epstein.

The New York Times, Washington Post and MSNBC are not America’s enemies.  Foreign Cyber-invaders silently allowed in by domestic moneyed wolves, clothed in innocent sounding sheep camouflage, to fleece 99% of us, are.  Consider the effect Bank of America, The Heritage Foundation, The Media Research Center, Government Accountability Institute, American Crossroads, Americans for Prosperity, NRA, Citizens United and Facebook have had on American culture.

Possible solution starter:  people residing in the nine most populated states, break their silence with fellow-Americans living in the other less populated forty-one states.  After all, hope has reared its mighty beacon in North Carolina questioning 9th District election – proving we can still regain the reins of self-government, and reason can yet light our progression out of the ashes of America’s lowest electoral experience.

When we stop allowing, The Right to remain silent about evaluating to devalue, on the basis of sex, skin color and income – we diminish the merciless residue of the Mercers’ election stealing data.

To keep Franklin’s Democratic Republic, we must recapture our, feel the fear and do it anyway, selves.

The tie that binds us together:  we are all the indomitable Travis Kauffman, notorious RBG, relentless Stacey Abrams, protective investigators Rosenstein, McCabe, Mueller, our 116th House of Representatives women – and an Obama Administration, who, discovering Russian invasion of 2016 election – initiated a contingency plan to preserve, protect and defend all of us.

When our human decency accelerates, recaptures our torch of freedom, ends all silent consent to all forms of bigotry we reclaim what we’ve always proclaimed.

Ever love someone so much, you hold them so closely, you feel yourself melding into them?  If not, then it’s time to embrace the whole truth:  why cardiovascular disease is America’s leading cause of death; how half-truths rot the whole and, discovering the cure in recapturing a Valentine’s Joie de Viere, for two.

Sometimes silently sharing a sun warmed bench and coffee is as crystallizing as a warm fire and wine conversation.  However, time waits for neither man nor woman because connection, like time, is more finite than infinite – because in the heat of foreign battle, local road rage and executive treason, death and destruction are indiscriminate – and timing remains, Divine.

Courage is seeking loving communion in the face of a new winter’s dawn, while tenacity is continually tilting mind, body and spirit ever closer to the bright sunshine of civil discourse, before our most hope filled rays of daylight hours release us, with a nip, slipping us into a less chaotic future of refreshing renewal possibilities – saturated with hearts beating in unison, in an, as yet barely imagined, breath longing to nibble at our ear, begging only this one plea: even if it’s too soon to hear and too late to listen, attend.

The greatest criminal delusions of February:

Myopic TV News media, too often casting us as Background to their noise, must first make us fall for puppeteers peddling disruptive distractions, before staining our discerning gray matter with heartbreak.  Ultimately, however, after Flatlining on a Trump/Pence administration all but rendering us brain dead, we are the only defibrillator paddles that can restart America’s, Good Samaritan heartbeat.

However, although a willing ally, time cannot always remain on our side, if we willingly side with the ignorance of denial, bigotry and hate, over faith in civility, unifying hope and love thy neighbor as thyself.

With tax breaks for the wealthiest, putting Mulvaney’s boot on the necks of Americans struggling from paycheck to paycheck, there is no time to stand between shrinking tax returns and shutdown encore, without each other – before a braggadocious Goliath shell, pitching, at fever pitch, ICE cold-hearted orders ordering unnatural emergencies – filling neighborhoods, borders and penal rooms with racial venom, faux security and an absence of parental hugs and kisses.

When Cabinet heads, attorneys and executives, can’t tell the difference between blackmail and threats, payoffs and campaign contributions, or Catch and Kill from Caught on Camera, then maybe We the People should be knocking on the outhouse of White’s Only supremacy, asking, why are billionaires happiest during POTUS Executive Time.

When in our heart, we know we’ve done the very best we can, letting go is not defeat but the realization that talking, alone, is too expensive.  To reach more who will listen, we must listen more – for not even reason is a match for those who choose to be unreasonable.

While Einstein was probably intellectually skewed toward nature enough to reason, as go the bees’ knees, so too, will those with aspirin between theirs, depart, still in denial of how much they aided and abetted the arrogance, greed and stupidity that diminishes love and life.

Is it too late to save love of life by blocking potentially fractured pipelines of Fracked gas and heeding the increasing repetitive speed connecting mounting floods with mudslides and sinkholes?

Even in the shortest month overflowing with rediscovered overdue exchanges of loving unions of every kind, we have been given enough time to grasp, we need more than medical, historic and Loving-like denial to reach America’s promise land dream.

While there is time, embrace in heartfelt compassion and passionately pursue a life of self-evident truths:  loving our neighbor’s history as much as we love the one we hold in our arms at the end of the day – even if only in our memories. 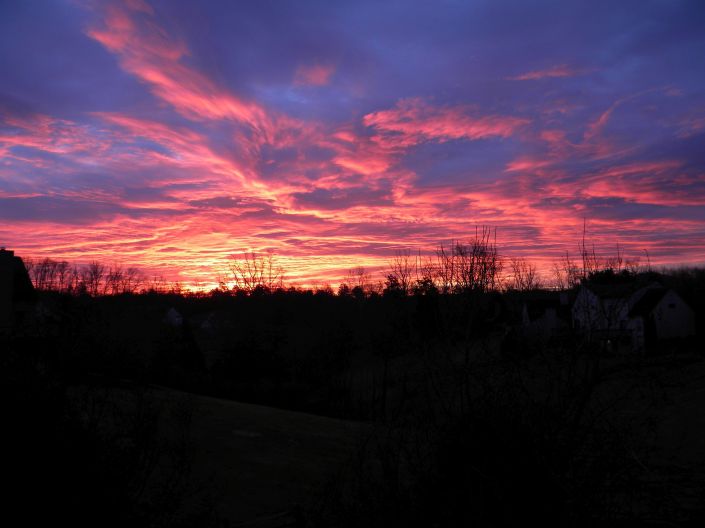